FAREWELL ANALOG. Dir. Hiwa Aminnejad. 2015, 61min. Narrative. Bayandare, Iran.Kak Saee has bought an old analog video camera to record the life of a Kurdish village near the border of Iraq. Each week, he shows the videos in the village mosque for a small fee. On the edge of the village lives a solitary old folk singer who has stopped singing a long time ago. Kak Saee is determined to have him sing in front of the camera. As he looks for ways to reach his goal and to make more scoops, Kak Saee does not realize that he is crossing the line.

SUSTAINABLE. Dir. Matt Wechsler. 2016, 96min. Documentary. U.S.A.
America is facing a food crisis driven by profitability and a lack of consumer education. While the window to transforming our heartland continues to shrink, passionate individuals have emerged who provide hope that the health of our nation might still remain within our grasp. 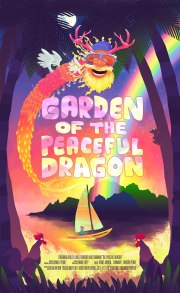 GARDEN OF THE PEACEFUL DRAGON. Dir. Daniel Peddle. 2016, 86min. Documentary. Kauai, HI.
Luvell Benford III was born in Pasadena, CA in 1940. After being discharged from the Marines, he became one of the first employees of IBM and neighbor to Timothy Leary. A single acid trip changed his life over-night. Ditching his “suit”, he moved to San Francisco where he fell in with the Beat Poets and witnessed the birth of The Grateful Dead. Legendary music promoter, Bill Graham, hired him to be a bodyguard for his artists and he spent the better part of a decade jet-setting and hobnobbing with stars. Looking for another dramatic change of lifestyle, he repaired a schooner and sailed it all the way to Hawaii. Three divorces and four children later, we find Luvell homeless, living out of his pick-up truck on the beach. A man whose incredible life story may have been lost to time is rediscovered in this final chapter of his life.