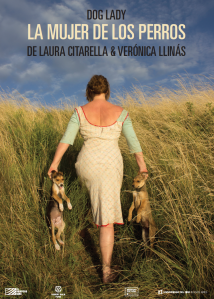 Verónica Llinás co-directs and gives a remarkable performance as a woman who lives with a pack of stray dogs in a shack she built herself in the Pampas on the outskirts of Buenos Aires.  The nameless ‘Dog Lady’ lives on the edge of the urban and the rural, and her own social reality.  She does not use money, does not even speak.  She forages for food, gathers water, and has a sexual encounter.  She is an unexplained, mythic character wandering the periphery of Buenos Aires, living freely off what nature provides.  A standout selection at New Directors/New Films and Rotterdam, La Mujer de los Perros was filmed over the course of three years with an all-female crew and Llinás’s own dogs.